Font choice can significantly influence the success of your website! Websites rely on the visuals to identify with the reader. Bounce rate, increased visitor rate and visibility correspond with fluid readership. Specific fonts accomplish readability better than others. Don’t launch your site without knowing the do’s and don’ts of font choice. Font may seem like a simple choice but can actually lead to big disasters. 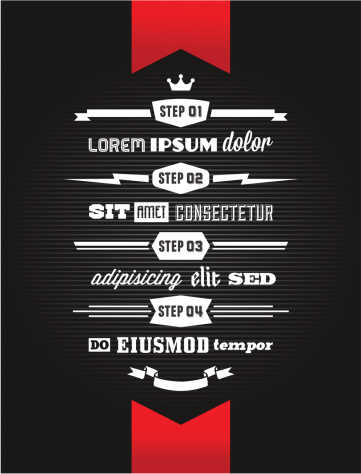 You may have the most informative content on the internet but the quality is irrelevant if your audience struggles to read past the headline. There is a vast database of fonts, all segregated by style, purpose and variety. Fonts are continuously developed to fit the internet’s advances. Operating systems like Microsoft has created default fonts to remove the hassle from choosing and downloading a font. Unfortunately, default fonts can be detrimental. In 2014, there are a few fonts to avoid!

Papyrus was created in 1983 to imitate pre-modern writing on papyrus leaves. The font is much more appropriate to present images of being fanned with palm fronds, floating on the Nile and touring the Great pyramids of Egypt. However after just a few decades, it found itself on everything from dog food packaging to law office billboards. Now it is just overused and needs a vacation. Papyrus quickly saturated the market. Papyrus is overly used, too funky and should be avoided. Use Oxida, Cancione or Old Claude instead of Papyrus.

Microsoft first introduced Comic Sans in 1994 for speech bubbles. Now Comic Sans is one of the general fonts in Microsoft programs. Unfortunately, Comic Sans MS lacks formality. Are you trying to communicate with children 6 and under? This is the only time that using Comic Sans is acceptable. Instead of Comic Sans use Laconic or Architects Daughter. If you absolutely must use Comic Nue.

In 1929 Times New Roman was created as the body characters for a British newspaper. The narrow spacing was designed for print and is Microsoft’s default font. Times New Roman is narrow, awkward and hard to read. Times New Roman leaves much to be desired, which makes it a mystery as to why it was the original default web font. Substitute Times New Roman for Concorde, Lido or Plantin.

There are no horrible fonts but fonts that are horrible for your business. Beneficial aesthetics surpass the expectation of your clients. You are looking for a font that fits your industry. For example, Comic Sans should never be used on an attorney site. The appropriate font can build credibility and promote your site as a resource.
Using multiple font colors is a major no-no! The technique is distracting and immature. Use font colors that are easy to read. For example, light colors, such as opal or white, should be used on black backgrounds. Avoid bright colors like yellow or neon green. Bright colors can strain the eyes.
Your pages should be limited to three font sizes. This includes the body font, H1 and H2 tags. Using numerous sizes is a mistake that many new designers make. The appropriate font size, color and style can give your website value to sell your products. Originality is everything but when implementing a font, avoid experimentation!